With Generations, his eighth Criss Cross outing as a leader, trumpeter Alex Sipiagin honors the legacy of the great Woody Shaw, reimaging five stellar pieces from Shaw’s repertoire and balancing the progam with four originals.
The quartet lineup here < Sipiagin, guitarist Adam Rogers, bassist Boris Kozlov, drummer Antonio Sanchez > at one time formed the core of the brilliant Michael Brecker Sextet. Together, these four players bring years worth of mutual collaborative experience to the music at hand.

Woody Shaw himself appeared just once on Criss Cross, lending his extraordinary horn voice to Introducing Kenny Garrett (Criss 1014) in 1985. Shaw’s influence has long been implicit in Sipiagin’s playing – not only in the Russian-born trumpeter’s work as a leader, but also in his scorching solos with Dave Holland’s Big Band and Octet, the Mingus Big Band, the late Michael Brecker’s Sextet and Quindectet and many more.

With Generations Sipiagin makes his debt to Shaw more explicit, but he approaches these canonical works with his own individuality and imagination foremost in mind, in the determined spirit of Shaw’s song title: Beyond All Limits. 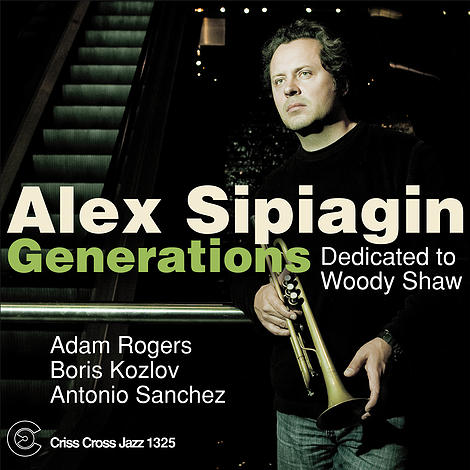