On his second Criss Cross leader date, Prelude to Real Life, drummer Donald Edwards picks up where he left off with the next installment of an autobiographical narrative in notes and tones.

Whereas in his debut, Evolution of an Influenced Mind (Criss 1365), Edwards conveyed the story of his formative years as a musician with eleven original compositions, here he addresses themes of love, family and fatherhood with an engaging suite comprising six kinetic, diverse originals of his and one by Alex Sipiagin, two personalized standards (Thelonious Monk's Skippy; Benny Golson's Stablemates); and three textural drum interludes.

Edwards unifies the proceedings with the big beat, impeccable taste, and creative spirit that have made him a New York first-caller since he moved to the Apple 15 years ago. 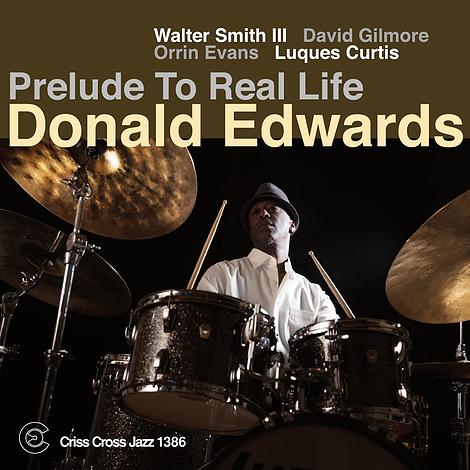